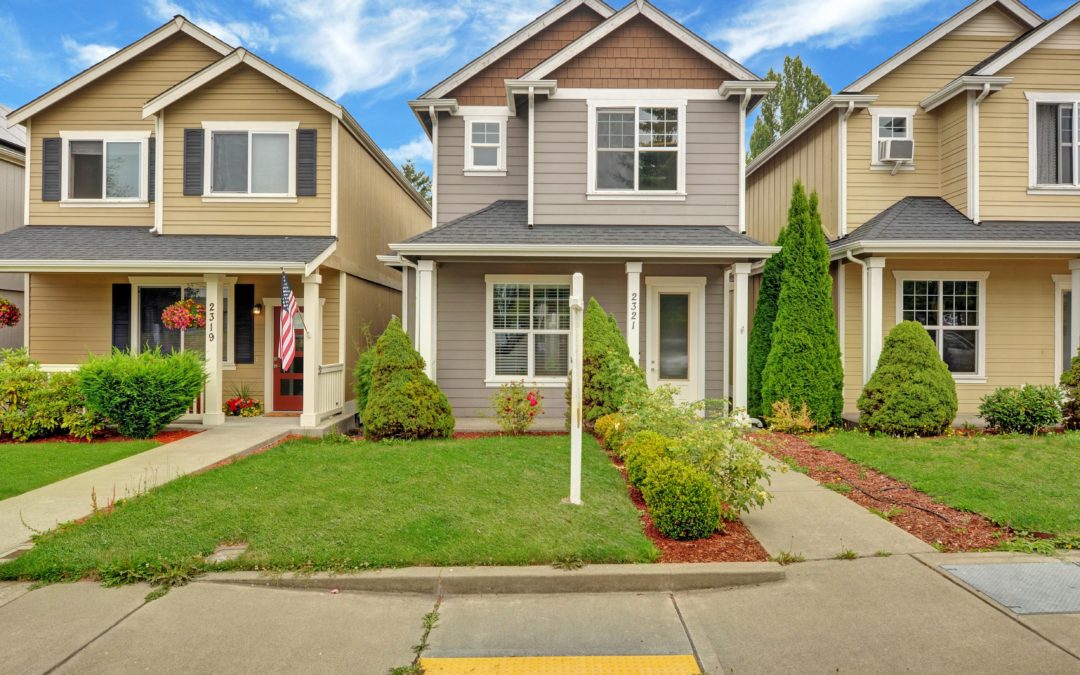 Eric lived in Seattle up until about a year ago (2018). He went to school to become a teacher, immediately upon graduating received his first position as a teacher (woot woot!) and has been saving and dreaming of buying a home since graduation. 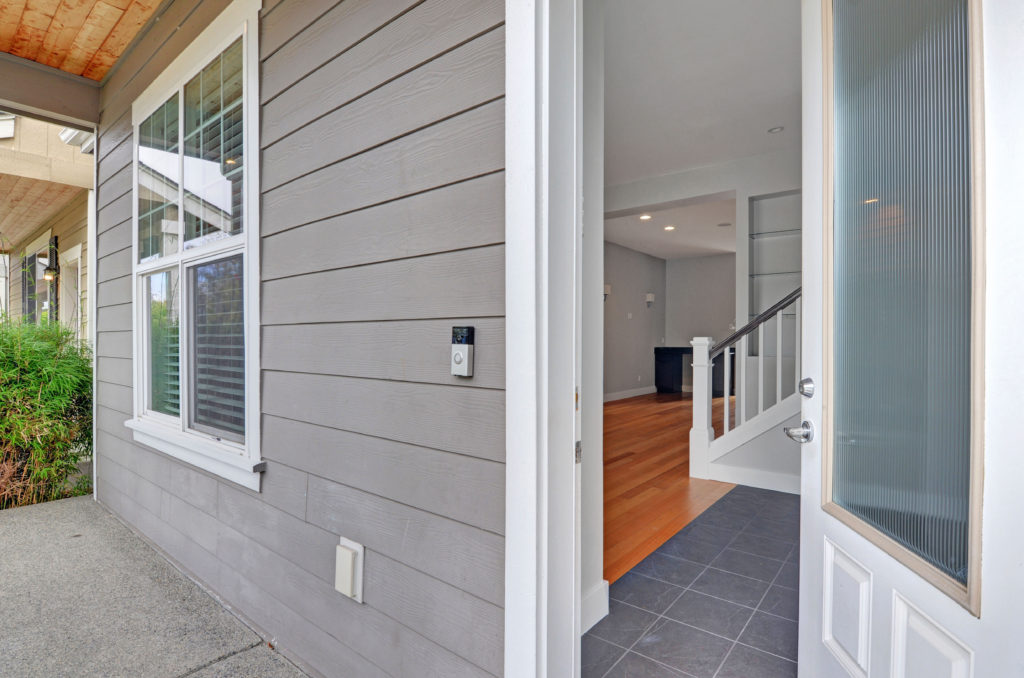 His dream of owning a home while living in Seattle were becoming dismal. The cost of his 1 bedroom apartment doubled in a matter of 2 years. Daily amenities and financial stability that he once had, were quickly diminishing. Eric could have stuck his feet in the mud and said “Well, that’s it! Guess I’m not buying a home!” And continued to spend the majority of his monthly earnings on rent, but he didn’t. Eric continued to save despite the frustrations of seeing homes sell for millions around him. 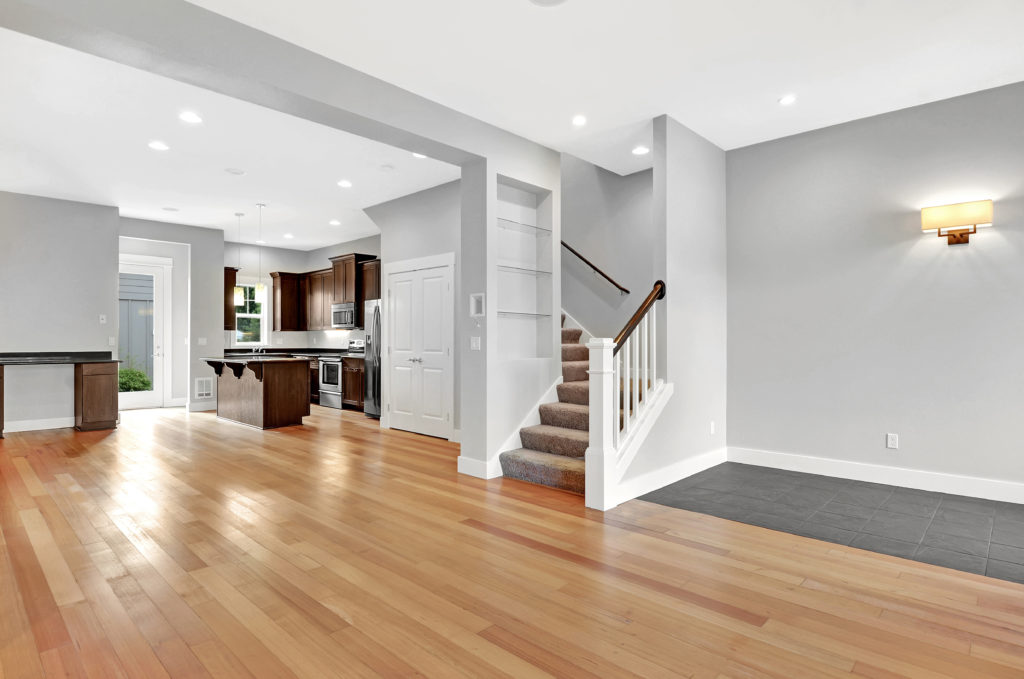 Eric moved to Port Orchard (a short 30 min. Ferry ride away from Seattle!) where he started renting an apartment for hundreds of dollars less than what he was paying! This gave him greater earning power and expedited the process of soon, buying his first home. At the time he moved to Port Orchard, Eric had been putting money aside for his down payment for almost 9 years 😮. I’m still so amazed by this. I’m sure there was a lot of PB&J sandwiches, saying no coffee dates, late nights and more he sacrificed to get housing and financial stability. But his desire to OWN a home was so great and so CLEAR. He stayed on course with his savings for a decade to make Home Ownership his realty. 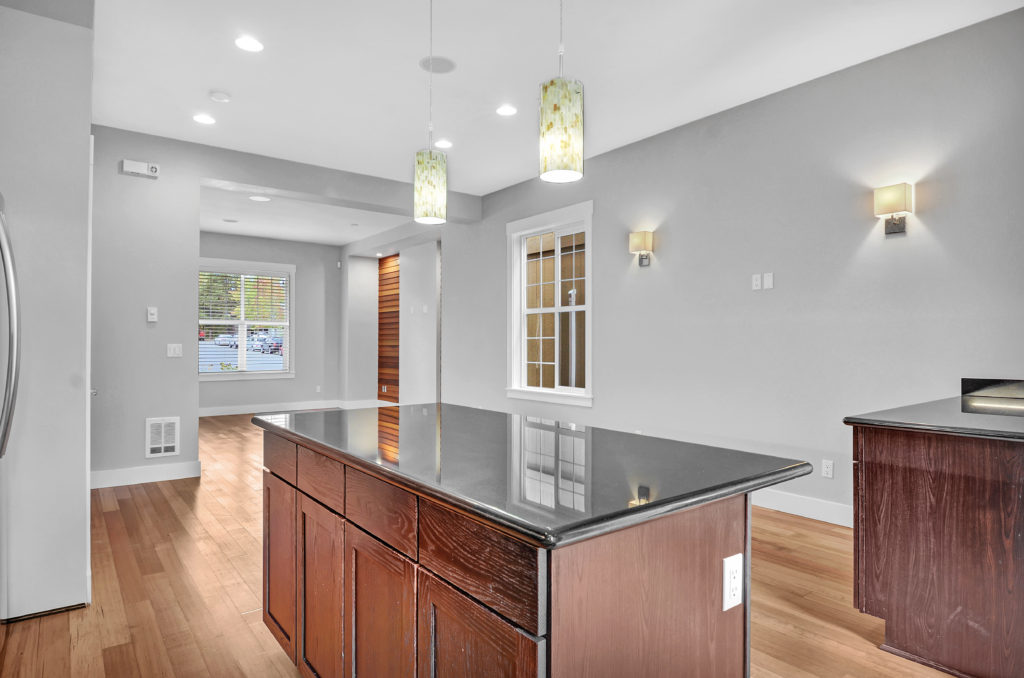 Eric was now ready to start shopping for his home. His goal was to spend less than $300,000. He had saved enough to put 20% down and pay for his closing costs (if we weren’t able to get the seller to cover them). Eric was searching online after work, looking at homes and anxiously thinking about reaching out to a Realtor to represent him on the biggest financial purchase of his life. 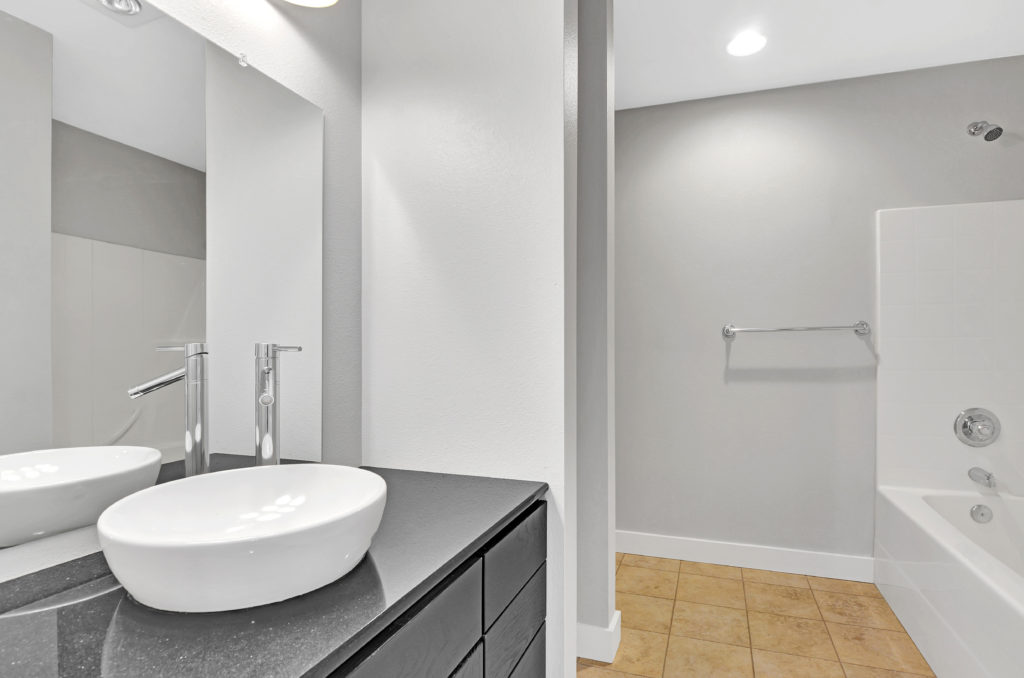 Eric found me on YELP

Sent me an e-mail and two days later we were sitting down in my office going through the entire Home Buying process. 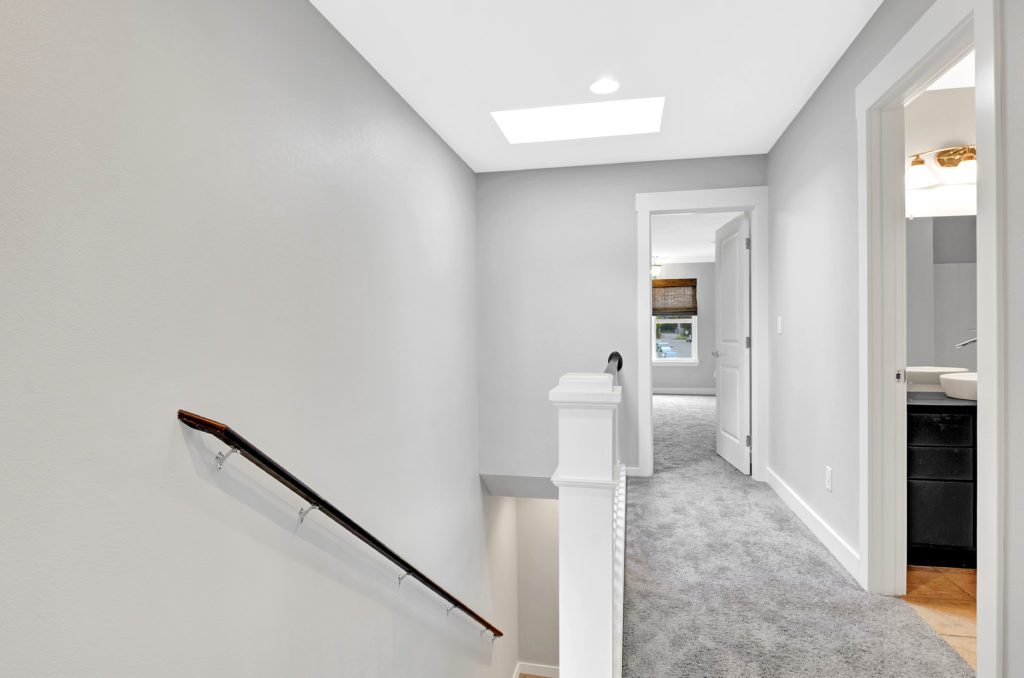 After Eric and I had our first meeting we were both confident that we would be a good fit for each other. He was thoughtful, detailed, asked questions and yet was unafraid to jump in and get the process going. Three days after our meeting, we start viewing homes! We toured about 10 homes before placing an offer on this gem of a home (photos shown). We toured homes in the area he knew he wanted to be based on his own research and also the insight I had provided from 6 years of experience of helping both selling and buyers in Tacoma.

The home was build in 2003, located in Central Tacoma with great access to shops and the freeway. He knew he wanted convenient freeway access because he would be driving to Gig Harbor every day, where he teaches middle school math.

After viewing the home, Eric called me and said he was ready to write an offer. 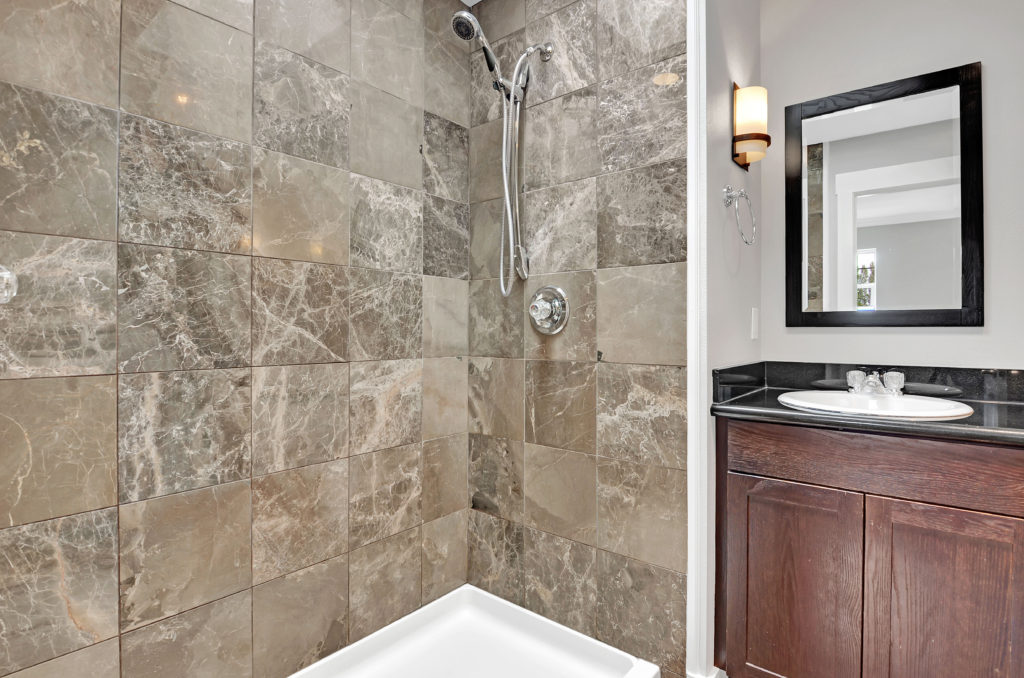 Eric was driving into my office so we could meet face-to-face to go over the offer and sign together. In the mean time I called the listing agent to get the skinny on other offers and ask some general questions so we can create the best offer. I learned the sellers were out of state, they wanted a quick closing (Eric was happy to accommodate) and the listing agent didn’t have any offers in hand but had scheduled more than 2 dozen showings in the first 36 hours it was listed 😭. Having viewed almost every home in the North End and Central Tacoma and actively selling in these areas for the last 6 years, I knew that this property was well priced and would likely receive multiple offers. 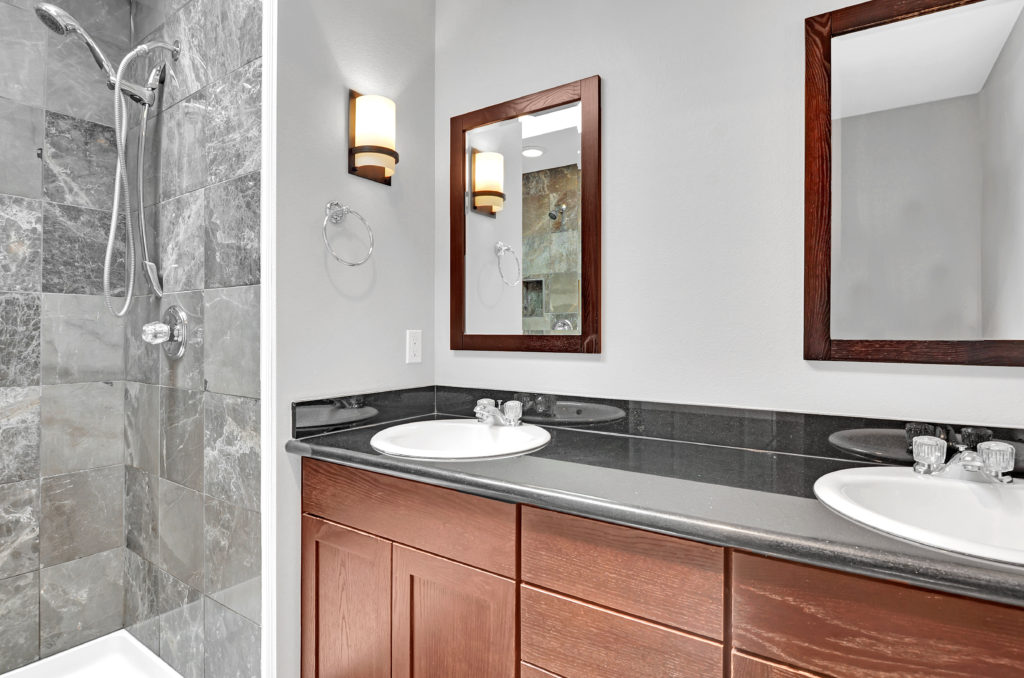 We submitted a full price offer and closing within 25 days. We asked the seller to provide a response by the end of the day (less than 24 hours). Within that time, the seller received 3 more offers and was requesting all buyers to submit their highest and best offer. After speaking with the listing agent again, I learned that one of the buyers might have waived their inspection, which was something that I didn’t advice Eric do. But in order to compete with that, we needed to do something a little extra. We were still going to have our home inspection (and sewer scope!) but we agreed that it would be for buying informational purposes only and no work orders would be requested of the seller. Should we find something significant that made Eric was to withdrawal his offer and get his earnest money back, he would have that option. But to reassure the seller we wouldn’t be making any requests, we included this additional language. 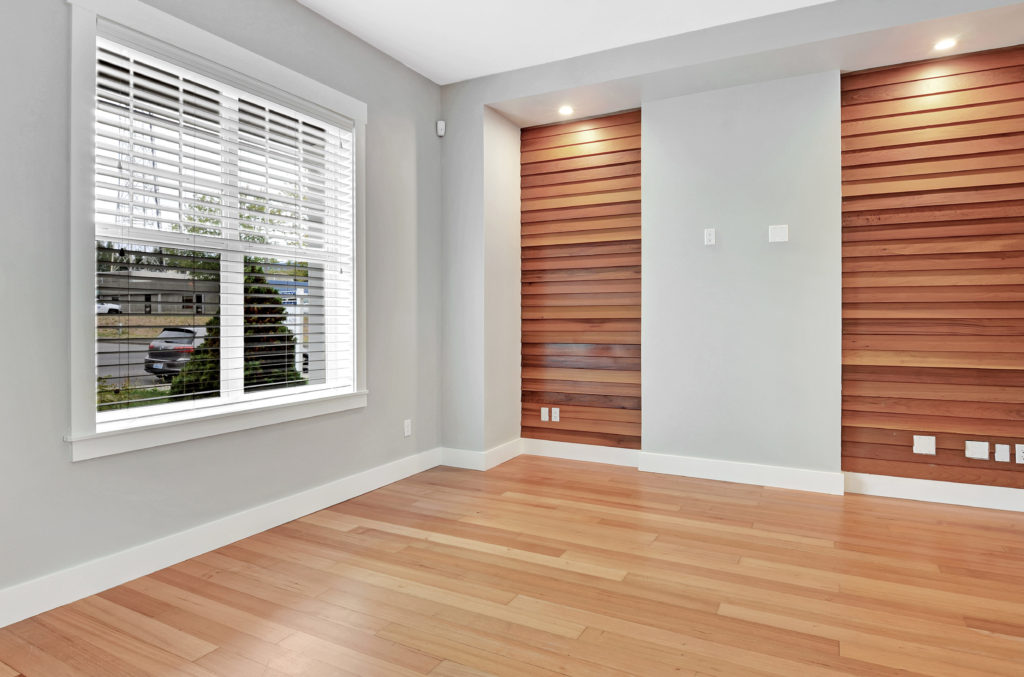 AND THEN the painful waiting game. The listing agent calls me about 24 hours after we submitted his highest and best offer. And HE GOT THE HOUSE! The seller accepted his offer. ♥️  Eric was so excited and also couldn’t help but feel like “wait… that was it!!??” 😆 And my answer was “not quit yet!” We scheduled our home inspection and sewer scope and were elated to find no significant deficiencies with the home. The appraisal was ordered, we review the title report and Eric stays connected with our lender to assure that they continued to receive any documentation needed and before you know it, I was handing over the keys to Eric, for his 1st home. 🏡 🔑 .

As a buyer you are NOT required to put 20% down on a home. There are many great loan programs that will allow a buyer to put as little as 3% down and in some cases zero! (VA buyers take advantage of your benefits!) Eric saved for so long, to give him the monthly mortgage payment he was very comfortable with. He ended up putting slightly less than 20% down and the lender will refinance within 3 to 5 years and remind the $35 a month Premium Mortgage Insurance (PMI) he is currently paying. His mortgage payment now is less than what he was paying in rent for a small apartment in Port Orchard.

If you have any questions about the home buying process OR what it takes to get qualified for a loan, reach out to me directly.